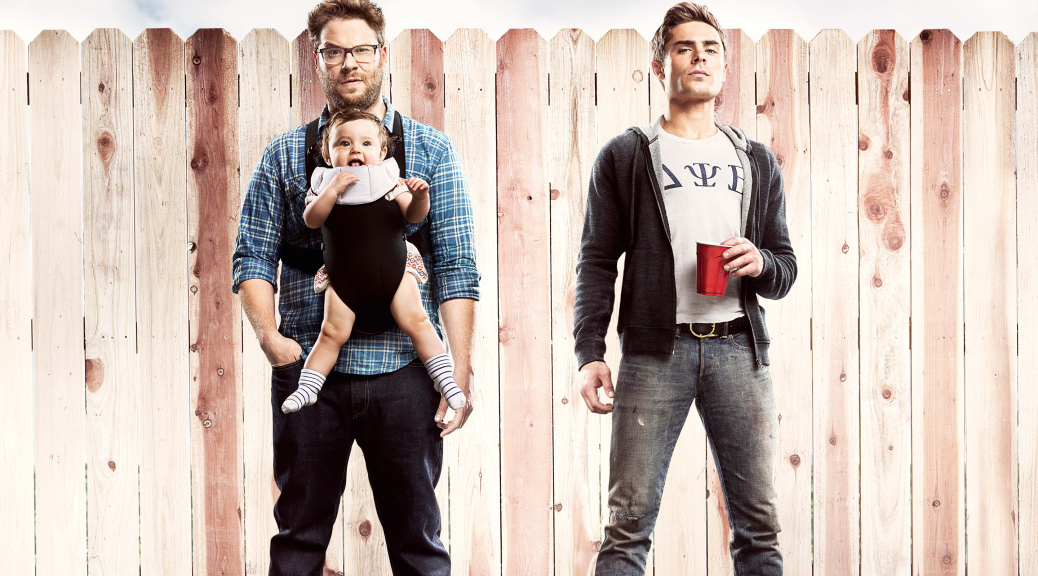 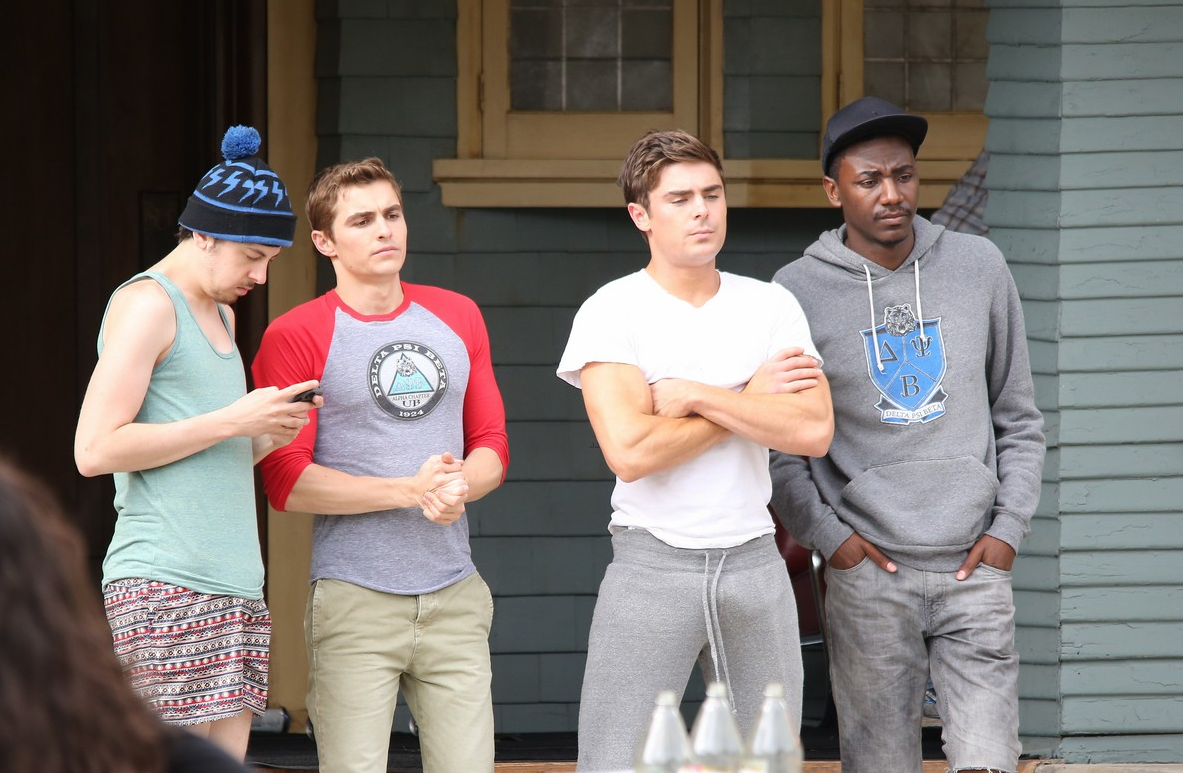 I generally don’t go see comedies in the theater, because they’re such a hit-or-miss proposition, but I felt like going out this weekend and I would have rather had open heart surgery than sit through Spider-Man 2 again, so NEIGHBORS IT WAS!  Coming out of the film, which I laughed through, my dominant impression was…..I’ve seen this before.  Granted there are some things IN Neighbors I have NEVER seen before nor would care to again, but the overall Seth Rogen gross-out movie experience had me feeling deja vu as I walked to my car.
Rogen and Rose Byrne  play a young couple with  a newborn, struggling to accept adulthood and put away their partying pasts.  They’ve just sunk all their money into a brand new house and are living a strange version of the American dream.  Until their next door neighbors become the fraternity brothers of Delta Psi and the neighborhood become ground zero for grand bacchanals.

After calling the cops on the frat backfires (you don’t call the cops on your neighbors, everyone knows that!), war ensues between the couple and the frat, escalating very VERY quickly into the kind of prank war that rages across most college campuses….except half of the rivalry is in their early 30’s with a newborn who spends most of the movie strapped to a baby monitor listening to things that will scar her for the rest of her rosy-cheeked life.


The plot is pretty predictable.  Seth Rogen is Seth Rogen.  He doesn’t act; he is who he is in movies and if you like that, you’ll like this.  The gross-out humor is tiresome to me.  I like some wit over what I can only describe as something that nearly ruined breasts for me.  You’ll know it if you see it….I want to wash my eyes with steel wool.  However, I will admit that the prank where the frat steals all the couple’s airbags and plants them at random junctures through their lives was one of the better physical comedy bits I’ve seen in a while.

Neighbors is genial, foul comedy and if that’s your thing, I’m sure you’ll love it.  It managed to sucker punch Spider-Man off the top spot so it’ll always hold a special place in my heart for that, but otherwise, there’s really nothing that remarkable about it.
6.0/10