I should probably do a proper book review on this, but since I have you all here, I wanted to recommend a book that I think any fan of science fiction (especially space nerds) needs to read.  It’s called The Martian by Andy Weir and it originally was e-published in 2012 but the physical version hit stores in February.  This is the best book of 2014 so far, by far.  It’s about a manned mission to Mars that goes catastrophically wrong and an astronaut is left behind as the commander has to take off or lose the whole crew.  Part Apollo 13, part Castaway, part Twilight Zone, this book is a thriller and a page turner while managing to keep a sense of humor in the midst of this most dire of circumstances.  Ridley Scott and Matt Damon are rumored to be adapting this, but don’t wait.  If you want a summer book, take it from someone who read hundreds, this is the best one I’ve read since The Fault in Our Stars last year.  Go pick it up immediately!

Killing Time milestones this week: The site roared passed 79,500 hits and 1,750 articles.  Between all different kinds of social media ways to follow KT (email, Facebook, Twitter, Tumblr, etc.), we passed 900 followers!  All of this news is so good that I am going to take a week off my increasingly specific and personal diatribes on the subject of Greenland.  Thank you all, seriously though, for stopping by and making the site the fun it is to work on for you.

We did get one new country this week (number #169 for those scoring at home).  Welcome to the great nation of Kyrgyzstan for stopping by the site and, as is custom, all hail the Kyrgyzstanian flag! 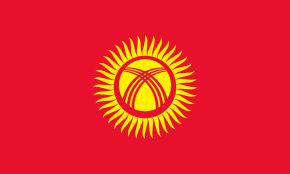 Also, super props to KTers in the Czech Republic who had their busiest week ever and finished just out of the top 5 for the week.

The most viewed post of the week was ABC Renews Series for 2014-2015 and Announces Agent Carter.   TV renewal articles traditionally get a lot of attention this time of year, though it was nearly eclipsed by both the attention surrounding the new Batsuit as well as the Despicable Me 2 review….which if I’d charged a nickel a hit for would have, by now, netted me $122.85.

Also, if you’ve been following the MARCH TO 100K Gamerscore below, I’m under 3000 left and we’re entering the summer gaming desert so if you’re on Xbox 360 or Xbox One, friend “sleeplessdave” and help me get to my six-figure gaming dream!


Song of the Week: “Turn to Stone” by Ingrid Michaelson

Video Game: GAMERSCORE AT 97,183
Child of Light (this is fantastic for RPGers)
Final Fantasy XIII
Star Wars The Force Unleashed
* XBOX Live, gamertag: sleeplessdave; feel free to friend me!
THE ROAD TO 100,000 GAMERSCORE: 2,817 to go!
EARNED 165 ACHIEVEMENT POINTS THIS WEEK