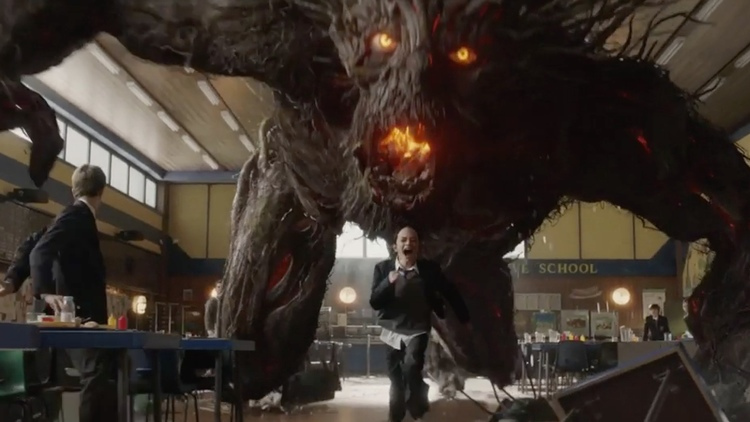 My wife died of cancer.  It’ll be two years in October.  That’s the whole reason I started Killing Time.  I needed a place to go, a place to be where there was no cancer, no death, no pity, and no tears.  When someone you love dies, no one really knows what to say other than how sorry they are, but they do seem to fire books at you by the truckload.  I never got that.  Why would I want to read more about grief when it was my whole life?  That being said, most I just flipped through.  Only two helped me at all.  Early on, it was A Grief Observed by CS Lewis.  It’s essentially a journal Lewis kept in the days and months following his wife’s death from cancer (a story that is brilliantly told by Anthony Hopkins and Debra Winger in Shadowlands).  After awhile, when grief is all you have known for ages, you stagnate.  That’s when a dear friend of mine gave me Patrick Ness’s masterpiece A Monster Calls. 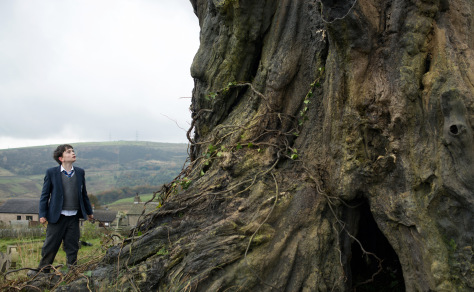 An unflinching, darkly funny, and deeply moving story of a boy, his seriously ill mother (Felicity Jones), and an unexpected monstrous visitor.

At seven minutes past midnight, thirteen-year-old Conor (Lewis MacDougal) wakes to find a monster (Liam Neeson) outside his bedroom window. But it isn’t the monster Conor’s been expecting – he’s been expecting the one from his nightmare, the nightmare he’s had nearly every night since his mother started her treatments. The monster in his backyard is different. It’s ancient. And wild. And it wants something from Conor. Something terrible and dangerous. It wants the truth. From the final idea of award-winning author Siobhan Dowd – whose premature death from cancer prevented her from writing it herself – Patrick Ness has spun a haunting and darkly funny novel of mischief, loss, and monsters both real and imagined.

Directed by J.A. Bayona (The Impossible, The Orphanage) and directly adapted for the screen by author Patrick Ness, A Monster Calls stars Lewis MacDougal, Felicity Jones, Sigourney Weaver, and Liam Neeson as the voice of The Monster.  This is one of the best trailers I’ve seen in a long, long, long time and, though it will probably destroy me as much as reading the book did, I’ll be there when the film opens October 16th.  Why would you want to sit through something that’s going to destroy you?  That’s one of the wisest points the book makes.  It’s the third story.  It’s the one you have to tell yourself.  Because even though you may know you’re wrecked, unless you can face it; face that monster and deal with it, you’re never going to take the next step.  You don’t have to have faced massive personal loss to see that this is going to be something special; just as the book was.  But if you have, you need to read this book and I hope the movie is every bit as wise and moving and, ultimately, helpful. 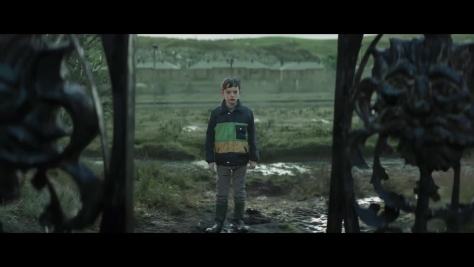 2 thoughts on “Trailer Time: A Monster Calls Trailer #1 (2016) *A Literary Masterpiece Comes to the Screen*”