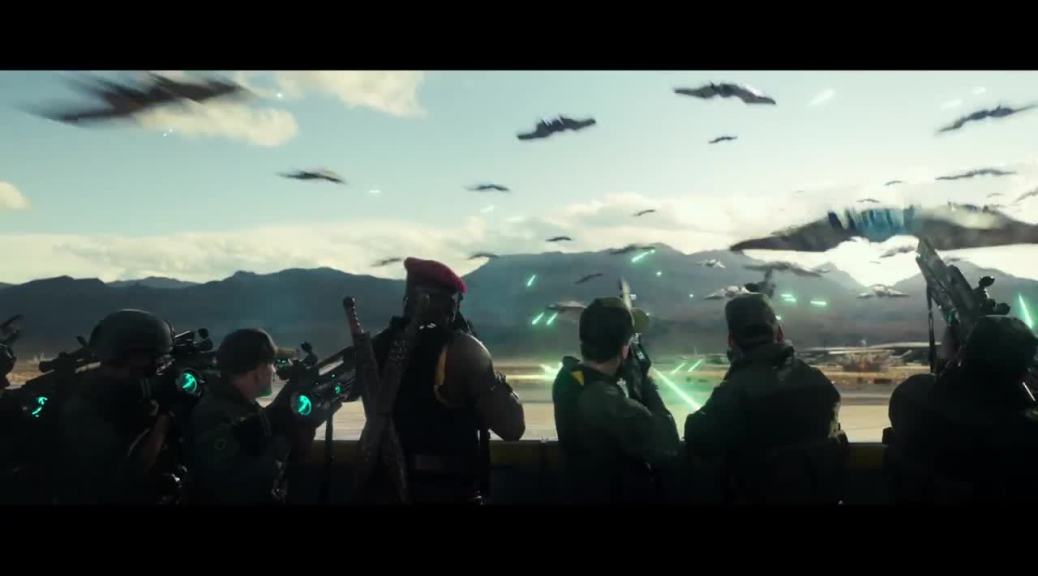 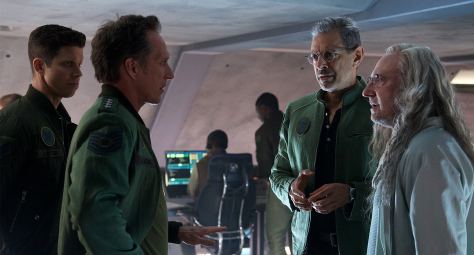 Though the world of Independence Day has been waiting 20 years for the aliens to return; moviegoers have not.  Things are very, very different from the cinematic world of 1996.  Returning to this universe would have required doing what the original did: showing us F/X we simply had not seen before on that scale, while charming us with the human-level performances.  Did Independence Day: Resurgence achieve that?  Let’s just say you have no idea how much charisma Will Smith has until he goes from being the breakout star of your film to a portrait on the White House wall.

For 20 years, after The War of 1996, humanity has prepared for a return of the aliens that nearly destroyed the planet.  In this united effort, global harmony has been achieved, the technology left behind by the invaders has been used to create new generation of weaponry, and they rebuilt the White House after the previous one was reduced to sawdust in the first film.  Most of the cast from the first film returns, and if there was a kid in the original film, bank on them now being an integral part of Resurgence (though apparently not even Jaden Smith wanted any part of this to play his father’s son).

For not being in the film, Will Smith is INCREDIBLY IN THIS FILM.  I don’t think 10 minutes goes by without us being reminded how heroic he is or what a tragedy it is that he isn’t here to lead us now that the aliens have returned with a ship literally the size of the Atlantic Ocean.  What happened to Smith’s Steven Hiller?  When contract negotiations with Smith broke off and he chose to do Suicide Squad instead, they posted the above picture on the War of ’96 website along with a full-length article explaining that Hiller blew up flying the hybrid alien fighters featured in Resurgence.  They just blew him up.  Boom.  His son now leads the global resistance, though he spends a decent amount of time being reminded that A) daddy’s dead and B) you’re not daddy.  Despite Smith’s downward trending career, the man shoots charisma and likability out of every orifice on his body.  His absence in this ensemble is not fillable with Liam Hemsworth and the other actors who survive the inital onslaught by the aliens return.  Not even Jeff Goldblum, whose buddy relationship with Smith was the charm at the heart of the original F/X event, can save us from what happens next.

What does happen is that ID42 is almost exactly the same film as Independence Day.  Establishment, attack, regroup, find weakness, strike back, save the day.  I wasn’t going into it expecting anything other than maybe some nostalgia, but any nostalgia factor wears thin in five minutes under bad acting, horrible dialogue and Brent Spiner running around in his tighty whities.  Nothing original happens in the film, unless you count the arrival of the depressed robot from The Hitchhiker’s Guide to the Galaxy (no?, just me?, ok) who is the film’s Macguffin and the impetus for a third film, which they certainly intend to make.  The film’s last line is quite simply, HEY WE ARE GONNA MAKE ANOTHER ONE OF THESE!!!  It’s not phrased that way, but it may as well have been.  However, with the box office for Resurgence falling so far short of the original’s success, I don’t know that Roland Emmerich is going to get the funding for another go-round.

The second film introduces the alien queen who has come to Earth to eliminate the Hitchhiker robot until Ripley takes her down with a loader….no, wait, got confused there for a second.  Wrong Aliens movie.  But, hey, that does sound like a familiar plot device, doesn’t it?  The queen is an impressive F/X, no doubt, as is the astounding destruction caused when something the size of the Atlantic Ocean LANDS on the Atlantic Ocean.  F/X, though, are a tool.  They need characters, dialogue, PLOT, performances, and all the other elements that make a complete film.  All Resurgence has are a few F/X sequences.  Nothing, not even the deaths of major characters from the first film (spoilers….do you care?) can un-numb the audience.  Not every film needs a sequel or a remake, though Hollywood seems oblivious to that even when audiences reject a film as thoroughly as they have Independence Day: Resurgence.  I’m not sure if the third film will be made, but if I ever do get around to watching it, I won’t be doing it in a theater.

2 thoughts on “Movie Review: Independence Day – Resurgence (2016) *I Was Rooting for the Aliens*”