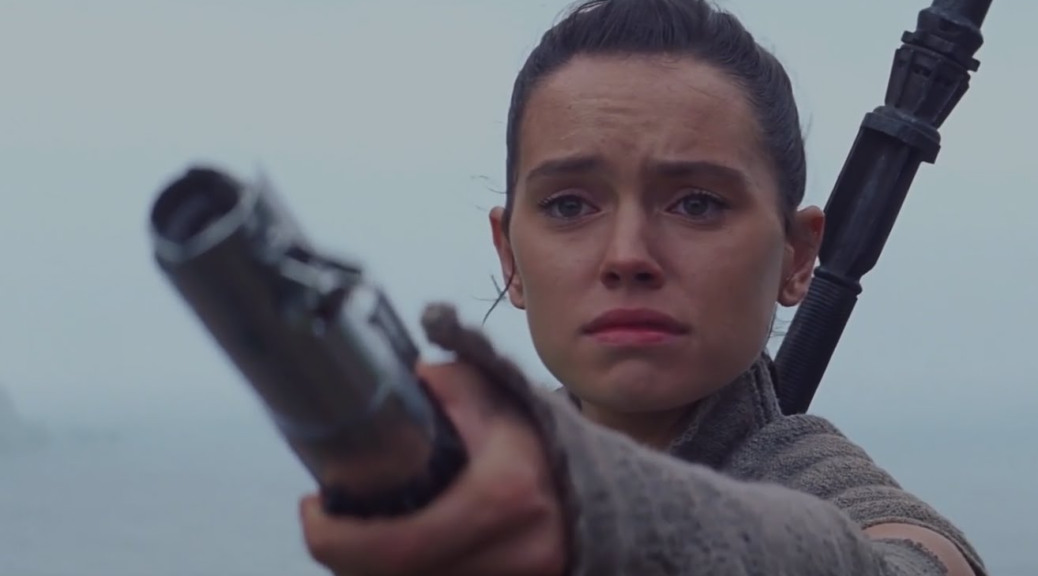 It seems surreal that a year ago, we were all poised on a knife’s edge to see if Episode VII would be the Star Wars film we hoped it would be.  A year later, we find ourselves a little (ok a lot) more confident going into the first Star Wars spin-off film, but there’s still that tinge of nervousness that fans won’t be able to exorcise until we all see Rogue One for ourselves.  Even if it’s everything that we hope it will be, it won’t make nearly as much as The Force Awakens or be the global phenomenon that was.  The Force Awakens united a fractured Star Wars fanbase and opened a doorway for seeming infinite visits to a galaxy far, far away (which is fortunate as Disney definitely is going to give us one a year).  I lost count of how many times I’ve watched it this year before it even came to Blu Ray so picking a favorite scene is every bit as tough with this installment as it is in the other Saga films.  In the end, I chose the end.

If you would have told fans going in that Mark Hamill was going to be in 30 seconds of the movie, not have a single line, or answer a single question about Luke’s last 30 years, we probably would have rioted.  The first draft of the script has Luke much more involved, shows the journey of the lightsaber to Maz, and was the reason that Hamill was sent to the gym and kept on set during the entirety of filming.  Then they decided they needed to showcase the new characters more and moved Han to the position of main legacy character so for all his work in the gym, Hamill only had to end up bench pressing his hood.  I would argue, though, that he does more with just his facial expressions than he managed to do with whole films in the original trilogy.  As an actor, he’s exponentially better than during the first three films. 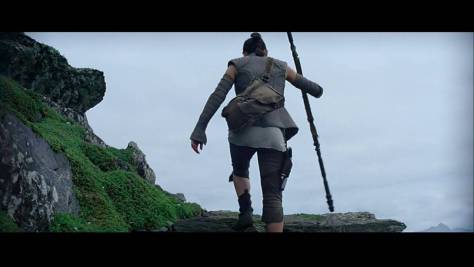 Star Wars Saga films (a designation I have to make because the spin-offs will break from conventions) have a lot of things they always do.  There’s always the crawl and the fanfare and an opening shot that pans down to a ship of some sort.  Likewise, the end of every film is silent and features John Williams’ score.  The Jedi Steps sequence is my favorite in the film and my favorite ending to any of the films (heck, it would probably make my list of favorite endings of all-time).  The hunt for Luke has been the spine behind all the events we’ve just watched for two hours.  We’ve followed Rey on her journey and gotten to know her well enough that in the wake of Han’s murder it feels right that she’s the one sitting in his seat beside Chewie as the Falcoln roars over a vast ocean to a stark, green dot of an island.  This is a real island off the coast of Ireland, by the way.  Everything you see is there.  They weren’t allowed to mess with anything; it just exists exactly as you see it in the film.

Rey’s theme is such a versatile piece of music.  It can be whimsical and childlike as it is when we meet her on Jakku, but as the Falcon nears the island it becomes this soaring anthem.  Then, as Rey leaves Chewie and R2 behind and begins her climb, Williams unveils a completely new piece of music that appears nowhere else in the film entitled “Jedi Steps”.  The music for Episode VII had to grow on me.  I certainly liked it as I left my first viewing, but honestly it wasn’t until it was relentlessly pounded into my head while I threw 50 hours into LEGO Star Wars: The Force Awakens (do not judge) that I realized how many new themes he’d written, how versatile and good they were, and how amazing this little piece of music that only gets about 90 seconds of screentime is.  It is the perfect example of a piece of music making a scene.  Without that music that grows in intensity as Rey climbs to the island’s peak, the reveal of Luke and Rey’s offering of a lightsaber he last saw in his own severed hand falling into a chasm in Cloud City (I really do want to know how Maz ended up with that thing) wouldn’t have had a tenth of the emotional impact that it does. 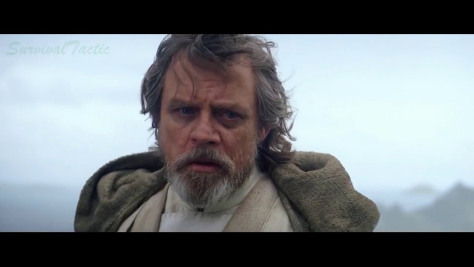 I am so glad that Episode VIII is breaking from convention and picking up at exactly this point, because everyone wants to turn the page in this book.  You can read so many things into how Luke looks at Rey (does he know her, is he angry, is he scared, WHAT IS GOING ON IN HIS HEAD, HAMILL???), and he is standing next to something that looks very much like a gravestone.  Between Hamill’s cryptic and amazing acting using nothing but subtle facial expression, the setting, and the mysteries the surround both these characters, when JJ Abrams cuts to the long shot, you know this is the perfect ending for this chapter but NOOO I WANT TO KNOW WHAT HAPPENS NOW!  Abrams pulled off a grocery list’s worth of miracles in this film, but certainly not the least of them is that he saved, arguably, the best for last and left his audience wanting nothing but more.  You can’t ask for a better ending than that.