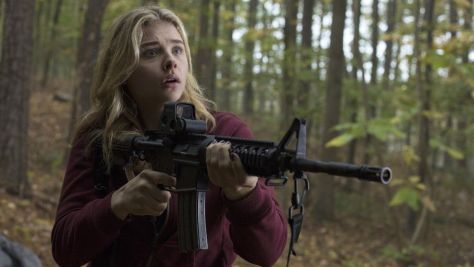 With the hordes headed to the movie theaters today to watch the poorly-reviewed Alice Through the Looking Glass and X-Men: Apocalypse, I decided to put that disappointment off and clear through some of my early 2016 backlog.  Films I can count on to disappoint without having to stand in line for them.  This is largely my rationale for having watched The 5th Wave. 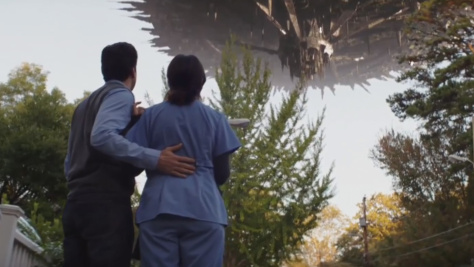 The 5th Wave is based on a YA novel by Rick Yancey.  Yancey has written a series called “The Monstrumologist” which is quite good and I mention that upfront because I like to maintain a positive tone to reviews and I want Mr. Yancey to know I appreciate him overall even though this adaptation of another novel of his stole two hours of my lifespan.

If nothing else, you have to admire the efficiency of the alien invaders who have come to wipe us out in The 5th Wave.  Twenty minutes into the film and they’ve run through waves 1-4, wiped out most of the population, rendered the Earth a diseased, powerless wasteland and set Chloe Moretz Grace on an epic quest to reunite her brother with his teddy bear.  Yes, I’m being glib, but that’s not in any way an inaccurate summary. 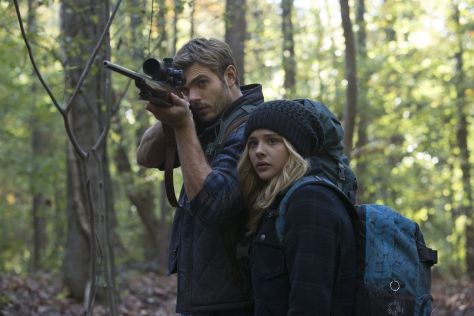 Moretz Grace is a scarily good actress and has been riveting ever since she showed up as Hit Girl, but this is a complete waste of her talent.  There’s not an original thing in this casserole of Independence Day, V, Red Dawn, and about a dozen other genre films.  Why Liev Schrieber also donated time to the film escapes me, but what really irritated me most about it was that the film assumes its own success.  There is no ending to this movie.  That the YA craze is over has already been confirmed by the dwindling returns on The Hunger Games, the disaster that was The Divergent Series (still ongoing…kind of) and finally a reluctance on Hollywood’s part to sink any more development into this dried-up well.  There are several more books in Yancey’s series, but as of this writing there has been no greenlight for the continuation of The 5th Wave. 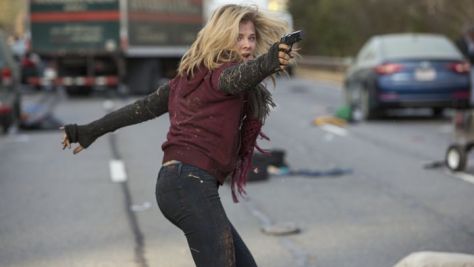 I try to look for some way to compliment even films that were a waste of time if I see them do anything ANYTHING clever, and The 5th Wave did do something I don’t know that I’ve ever seen.  They filmed a scene for the trailer one way so you assume you know how it goes when it arrives in the film and it goes very much another way.  That was a clever bit of misdirection, and given trailer’s propensity for giving away too much information, why not fill them with red herrings?  That ends my compliments of an extremely blah action film with the extremely annoying, tone-altering one MPAA allowed F-bomb.  Ugh.  I miss Hit Girl.
3.0/10