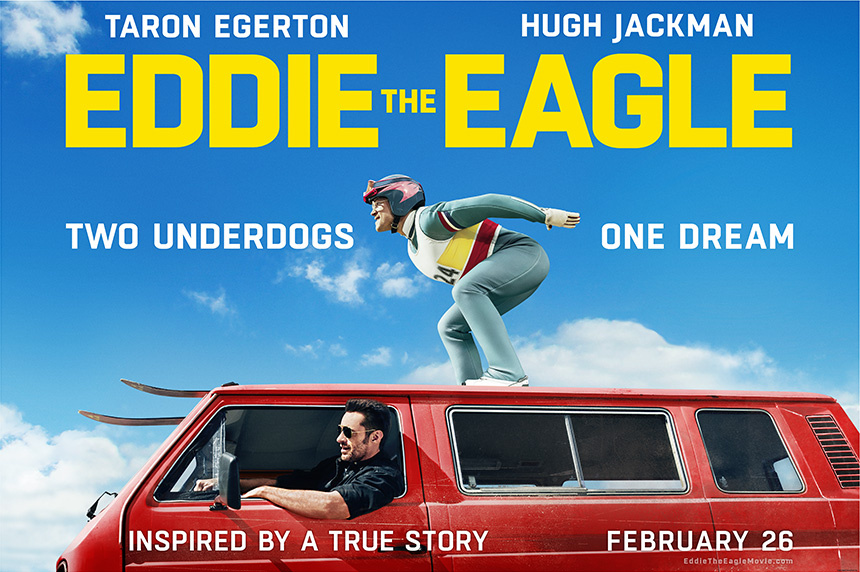 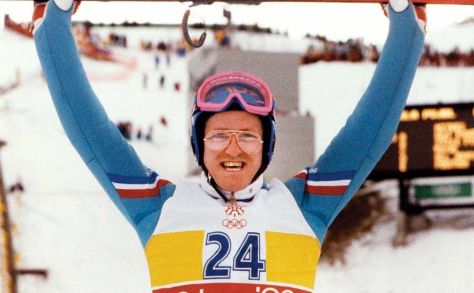 The 2016 Summer Olympics will begin a week from tomorrow in Rio.  Those games will undoubtedly be the swansong of the greatest Olympian (in terms of medals won) of all-time: Michael Phelps.  If you were to try to find his polar opposite in the annals of Olympic lore, a very good case could be made for British ski jumper Eddie Edwards.  The 1988 Winter Olympics were a strange games, producing the infamous Jamaican bobsled team (for which there is a great movie in Cool Runnings) and Eddie “The Eagle” Edwards.  The ski jumper became a polarizing figure in 1988 when only after a brief time in the sport, he slipped through some rule oversights not corrected in half a century and onto the British Olympic Team.  He finished last (spoiler), but I’m not sure anyone has ever been happier to be an Olympian or more embodied the determination to push yourself to your personal best than Edwards.  He now has his own film to complete the Calgary Olympics Weird Stories Boxset with Eddie the Eagle. 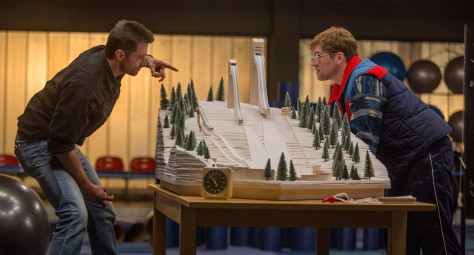 Sports films are notoriously difficult to get right.  Some of that is inherently a problem that no amount of CGI can make a great actor a great athlete or vice versa.  Half of sports films are boxing movies, which probably should be considered their own genre at this point from the sheer mass of them.  There are great boxing movies, to be sure, great baseball movies, great football movies, but I don’t know that there’s ever been a ski jumping movie before period, let alone a great one.  Eddie the Eagle isn’t a great film.  It is, however, as likable, heart-warming, and uplifiting a film as you’re likely to find. 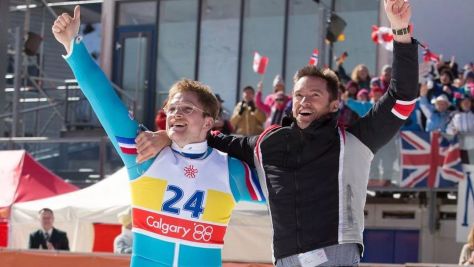 Taron Egerton plays Edwards, who dreamed of being an Olympian since childhood.  The sport really didn’t matter.  He just wanted to have the sort of Olympic moments he read about growing up.  When cut from the British Ski Team before trials for the 1988 Games, Edwards discovered that there hadn’t ever been a British Olympic Ski Jumper, and because of a rule loophole, all he had to do to make the team (to BE the British Olympic Ski Jumping Team) was to land a jump in competition.  Hugh Jackman plays Hugh Jackman (he has a character, but essentially he’s just being Wolverine on a mellow day and, honestly, that works just fine in the weird context of this oddball story) training Edwards really out of a desire for him not to die on his slopes.  Oscar winners Christopher Walken and Jim Broadbent also have small, but great roles in the film once we get to the Olympics. 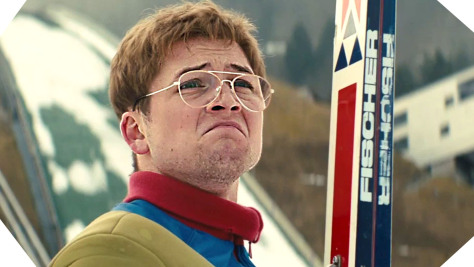 Egerton does a really great job capturing the upbeat, determined, slightly demented optimism of Edwards, and here’s some archival footage of the real thing from Sports Review 1988 if you think I or the movie is over-exaggerating that point.


Now, is the movie how it actually happened?  More or less.  A lot of things are streamlined.  Some of the real story is even more bizarre than the film.  Edwards was actually squatting in an abandoned mental hospital when he got the news he made the team, but the spirit of his journey is authentic.  Stories like Edwards’ are what makes the Olympics so special.  It’s amazing to see world records and gold medals, but it’s also amazing to see the runner from a tiny country that’s never sent anyone to the games before finish the marathon so long after everyone else that they have to move the finish line because the closing ceremony has started (this has happened more than once).  The Olympics, at its best, provides stories of relatable human drama in the context of sport that resonate across entire countries, sometimes the world.  I’m glad Eddie’s crazy journey has the kind of film memorial that will keep it alive for decades to come.
8.0/10

2 thoughts on “Movie Review: Eddie the Eagle (2016) *Worst Olympian Ever is Still an Olympian*”