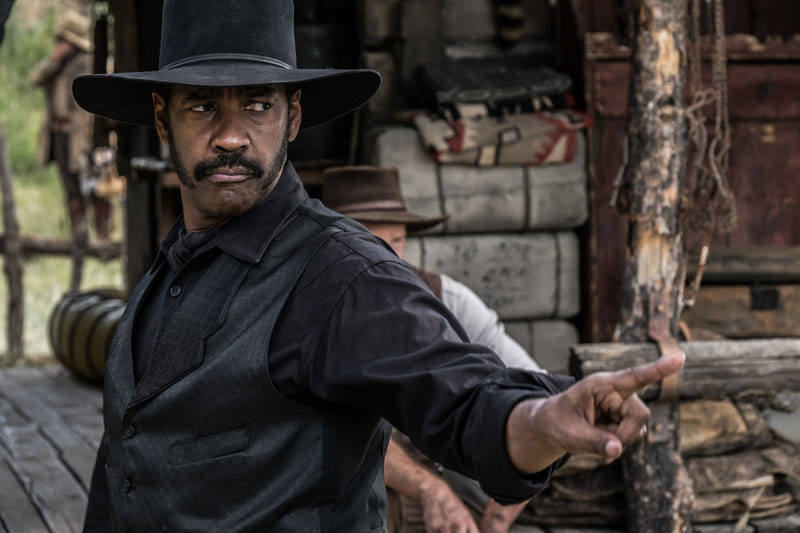 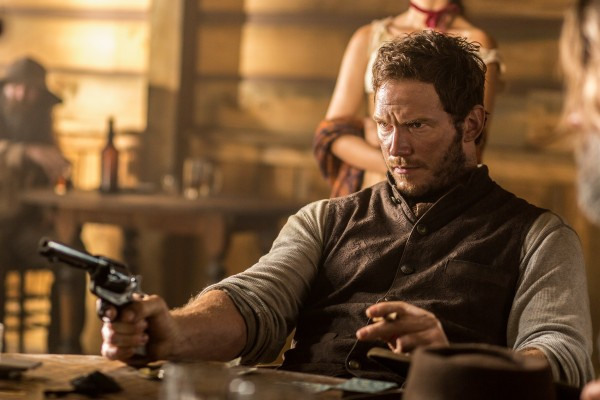 Hollywood has gone so remake crazy that it is literally eating its own tail at this point.  There may be multiple versions of every movie ever made in a decade, but of all the ridiculous, stupid, and offensive attempts to present a new take on a classic film, The Magnificent Seven is not an offender.  The original film with Yul Bruyner is now 56 years old, the Western genre is much better at remakes/reinventions than most (True Grit, for example), and this isn’t an attempt to update or override the classic.  The 1960 film is, itself, a reinterpretation of Akira Kurosawa’s The Seven Samurai, so unlike most remakes, this story has already lent itself to reinterpretation.  It’s a Magnificent Seven for a new generation, and while it’s not quite magnificent, it is enjoyable. 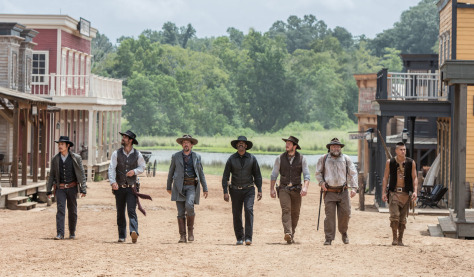 How much does The Magnificent Seven of Denzel Washington and Chris Pratt resemble that of Yul Bruyner and Steve McQueen?  Very little.  There are plenty of nods to the film, but the character names are different, the town’s predicament is different, and our band of seven is decidedly more multicultural than the 1960 version (not a criticism). Just look at the casts and you’ll see the diversity bump: 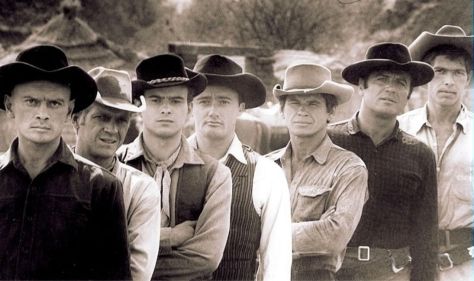 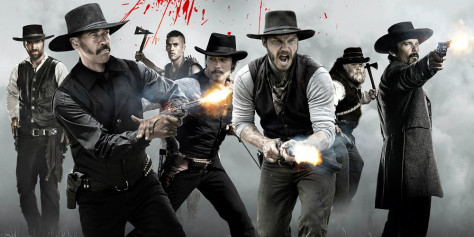 2016
For the record, that’s a Mexican bandit, an African-American “duly-sworn warrant officer”, a rogue Comanche, an Asian knife wielder, an Irishman, a ex-Confederate sniper with PTSD, and Vincent D’Onofrio who is just crazy (Pratt describes him as “a bear wearing human clothes”).  You can roll your eyes at the diversity, but it’s a strong ensemble of actors with extremely memorable characters, and I care a lot more about the quality of the acting and the character than I do the historical logistics of group assemblage.  The woman who goes to bring help (Haley Bennett) also plays a much stronger role in both the story and the fighting than in the 1960 film. 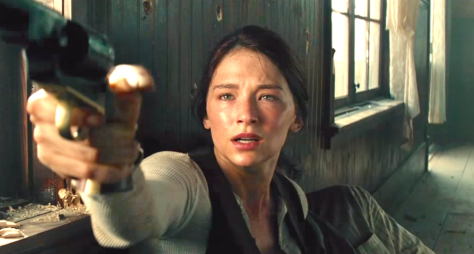 There’s real camaraderie among the Seven, and the actors are all clearly enjoying playing their roles to the hilt.  Denzel can often just play himself in films, but he creates a fully fleshed out character in Sam Chisolm.  A lot of people were concerned from the trailers that Chris Pratt was going to turn this into a comedy.  Look, Pratt can act (Moneyball, Zero Dark Thirty, performing acrobatics to try to cover Jurassic World‘s whopping plot holes).  He’s certainly funny in the film, but it’s part of his character’s personality, and most of the Seven enjoy cracking wise.  Ethan Hawke turns in the best performance I’ve seen from him in a long time, but there’s not a weak link in our group of motley crusaders. 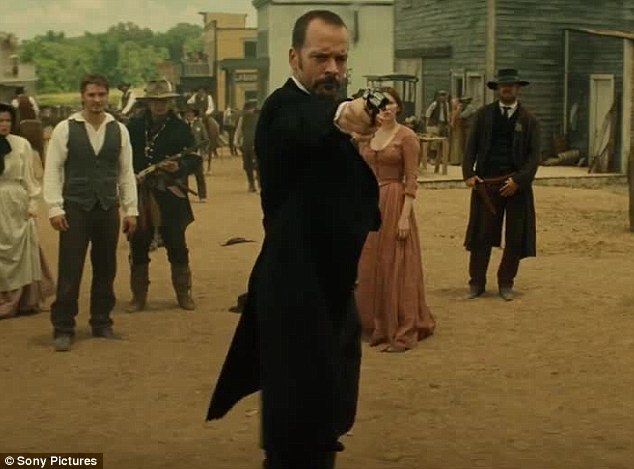 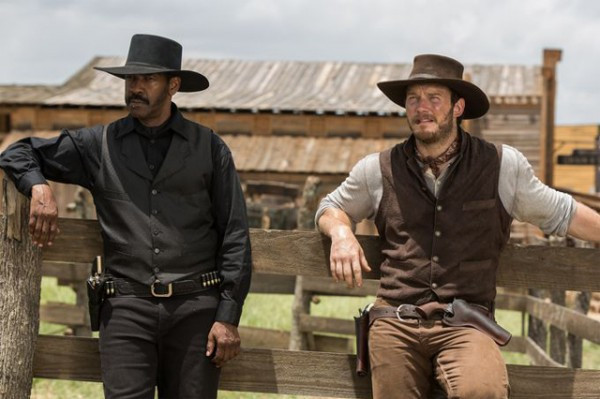 Actors and directors often form working partnerships, but I wish Washington wasn’t so tied to Fuqua.  Perhaps it’s because he directed Denzel to his long-overdue Best Actor Oscar for Training Day, but Fuqua is an average director at best with a penchant for making films that are overlong (sometimes agonizingly overlong in cases).  A better director would have tightened the film, because even though he does direct a magnificently choreographed war between the town and Bogue’s forces at the end that feels like old-school Western brought into the 21st Century, the film still leaves you squirming in your seat at 133 minutes.  Additionally, much of the punch of the film’s ending (no spoilers) is derailed by an overly precious coda that delays a wonderful credits sequence in which Elmer Bernstein’s classic theme is used in full-force for the first time.  Horner wove bits of it through the score, but never goes flat-out until the credits (much like Michael Giacchino treated his 2011’s Star Trek score).  It’s Horner’s best score since A Beautiful Mind in 2001, and makes his death in a plane crash last year all the more melancholy. 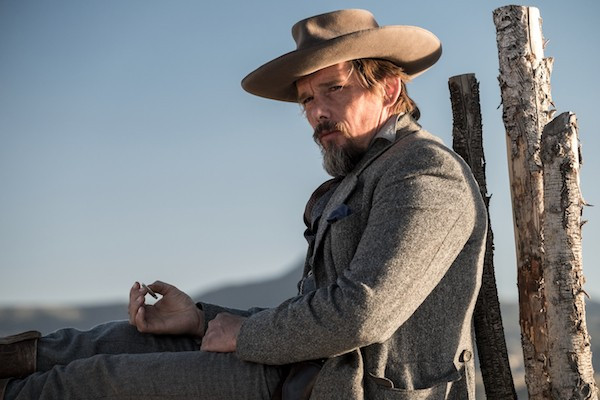 Despite being an imperfect updating of the classic, The Magnificent Seven is still very much worth seeing, especially for fans of the Western genre.  It lacks strong direction, but ultimately the performances overcome the flaws, and the final battle is one for the ages.
7.75/10 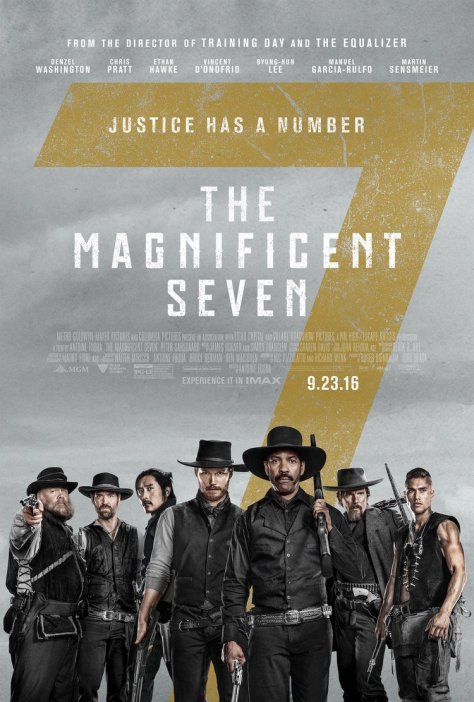