You are not ready. Avengers: Infinity War is the biggest, most epic superhero film ever made, and it’s also the hardest to review. Since literally everything about the film is a spoiler, my review is going to be brief, focus on a few, broad strokes, and direct you to your theater. This film needs to be seen on the big screen, and everyone who has been a part of this 10 years of the MCU should have a chance to see it without spoilers. That being said, the comments are the place to discuss spoilers so do NOT scroll down there if you do not want to immediately regret it. Is it everything you dreamed it would be? Hard to say. Does a lot of stuff happen? Absolutely. Is the MCU forever changed? Yes. Do you just need to go see it yourself asap before it gets spoiled for you? YES! Just be aware, that you are walking into part one of what is a two-part film (no matter what Marvel has said about this standing on its own). My theater’s reaction was stunned. You may have guessed some things, but not all of it, and you’re not ready. The stakes are real, and the dread pressaged in the trailers was warranted. The best way to describe Avengers: Infinity War is that if you can imagine the airport fight in Captain America: Civil War lasting 161 minutes, that’s pretty much the level of ON that the movie is the entire time. The stakes, unlike those of a lot of other films, are real in this film, and-no-not everyone is going to make it (but you knew that from the moment you saw the first trailer). This film juggles two-dozen major cast members as well as any film can, but if it has a breakout star it’s Josh Brolin’s fantastic performance as Thanos. He lived up to every bit of six years of hype, and he’s given more story than anyone. They build actual pathos into his character, and if you wondered how in the world you can fight someone with an Infinity Gauntlet, just wait until you see it try and attempted.

I was not kidding when I called this the biggest superhero epic. It spans the universe, pairing up heroes and villains who have never met before. Somehow, also, Marvel always manages to bring the funny. There are a lot of very funny parts in a film that is no joke about putting its heroes and fans through hell. A lot of the humor is born from how deep these characters have become and playing new combinations off one another (could we have a whole film of Thor and Rocket together?). But make no mistake, Infinity War is a heavy film. This is the start of knitting together 18 films worth of plotlines and there is not a wasted moment. In fact, one of my major complaints about the film is that 161 minutes was not enough time. This film needed 30 more minutes to allow things to breathe a little because the action hops across the galaxy and back so fast, that you’re a little whipsawed by the transitions. Thanos’ generals, The Black Order, are like a Dark Avengers team, and make memorable sub-villains to battle the heroes all over the cosmos while Thanos goes about fulfilling his destiny. I would love it if we got a director’s cut that was longer, but Marvel’s never done that and I don’t see them doing it for Infinity War.

I plan on seeing the film multiple times, and I think I will need to before I can fully wrap my head around everything I just saw. Some parts I had dead-on. Some things I was dead wrong about. Some surprises I didn’t see coming at all. When the credits rolled (there is ONE post-credit scene that you do need to stay for), my audience was shocked. Some people were crying. A lot of them immediately were asking when the next one is and how long we have to wait, because-again-this is not the whole story. The end is the natural intermission in what I think will be viewed over time as one incredible epic. The only real complaint, aside from some nitpicks, is that I wanted the whole story, and I wanted more of this one. Those aren’t the worst problems to have with a film that had Infinity War’s expectations.

UPDATE: After my second viewing, I increased the score .25.  Really the only complaints I can offer about the film is that I wish there was more of it, and that I feel weird even grading something that’s half a film.  What struck me most was the amount of care, fan service, and love put into this by everyone who made it.  It really was a thank you letter to the fans for sticking with this grand experiment through 19 issues and letting them know that they were going to get a grand pay-off.  I also felt confident that, even when the credits roll on Avengers 4, the MCU is bigger than any one or group of characters, and there is so much more left to explore.  If next year’s can truly bring all of this home, I’ll give the combined thing a 10 without hesitation.  We’re only at the intermission, people. 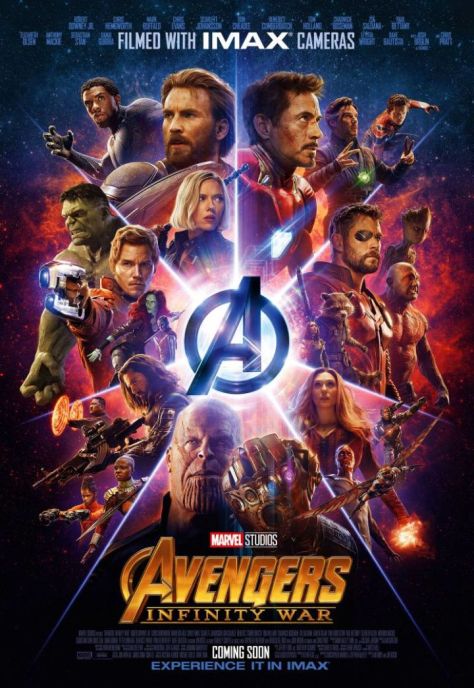