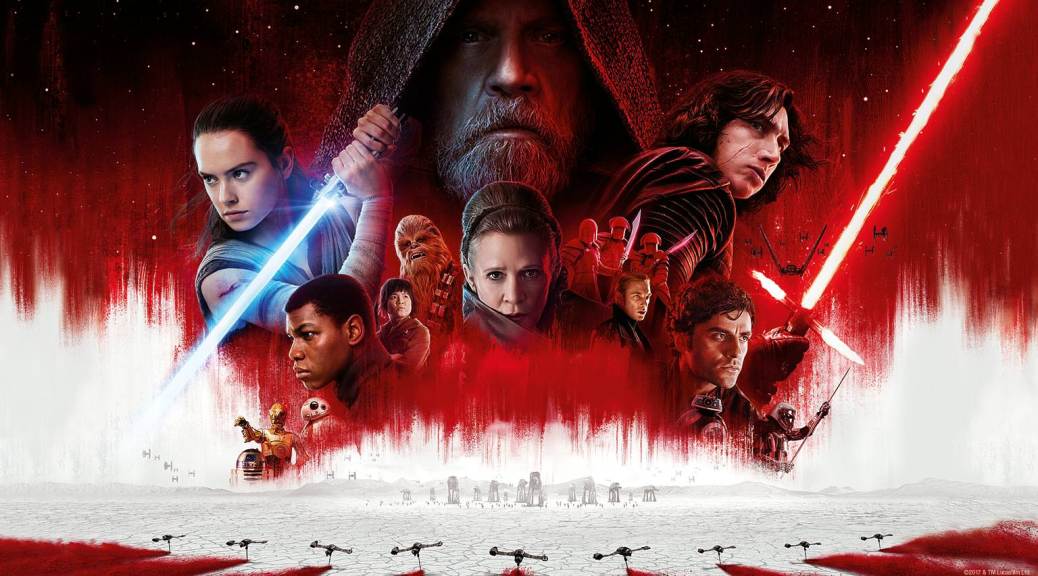 As The Last Jedi approaches, many Star Wars fans are coming up in full preparation mode, scrutinizing every detail of the eighth episode in the Saga whether it be the exciting props, from box office odds to who will Kylo Ren kill, the questions are endless.  I’ve pared it down to ten critical queries as we hit T-minus two weeks until Episode VII opens.  No spoilers below, simply my best guesses, combined with a few answers straight from director Rian Johnson. 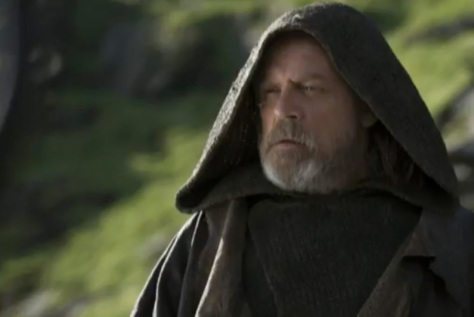 This one has a simple answer.  The titular “Last Jedi” in Episode VIII is Luke Skywalker.  There have been those who have tried to read deeper into the question than is necessary, but both Rian Johnson and Mark Hamill have confirmed that Luke is the title character.  Skywalker’s visage looms large over the film’s theatrical poster, dominating the image.  Luke is the last of the Jedi, and I believe-even more than the marketing has indicated-that this will be his defining film as a character.

2. Why does Rey scare Luke?

Well, she did show up on his island with a lightsaber that he last saw plummeting down a Cloud City chasm along with his hand, but that’s not what panics Luke about Rey.  The door that was opened to Rey’s Force abilities at the end of The Force Awakens seems to be unleashing a flood of wild power.  Luke says it himself in the trailer: “I’ve only seen this raw strength once before.  It didn’t scare me enough then.  It does now!”  Luke is clearly referring to his nephew, Ben Solo, and the failure that was his training.  Rather than taking another crack at a Force savant, Luke seems to want nothing to do with Rey, and I think the reason why lies in his past failure as a teacher.

3. Why does Luke think the Jedi should end?

We know from Han in Episode VII that after the fall of Luke’s academy, he went into a self-imposed exile to search for the first Jedi temple.  The island of Ahch-To clearly contains ancient secrets about the founding of the Jedi Order itself.  I believe that Luke found something out about the origin of the Jedi that was so at odds with what he was taught and held to be true, that he no longer believes the Jedi should exist. 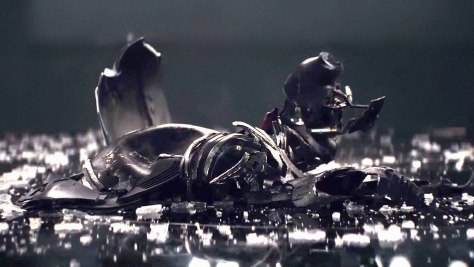 4. Why does Kylo destroy his helmet?

In the first teaser for The Last Jedi, one of the most iconic images was the shattered helmet of Kylo Ren.  Then in October’s trailer, we see the cause for the destruction of his Vader-esque helmet is Kylo himself bashing it to pieces in one of his patented temper tantrums.  But why?  The helmet is evocative of his grandfather’s, and Darth Vader is Kylo’s idol.  As Luke is training Rey on Ahch-To, Kylo is receiving training from Supreme Leader Snoke.  What, if as a part of his training, Snoke reveals that before Vader’s death he embraced the light that Kylo has been trying to desperately to extinguish?  That kind of shock might cause a rejection of Vader and anything that represented him. 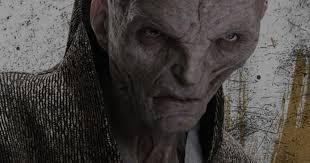 5. Who is Supreme Leader Snoke?

Perhaps no question about The Last Jedi has as many varied theories than the truth behind the enigmatic leader of The First Order: Supreme Leader Snoke.  We know that Snoke is a strong Force user, we know that both Han and Leia knew him at some point from their conversations in Episode VII, and we know from Rian Johnson that he is not a Sith.  Is he an old character we’ve met before, or is Snoke simply a new villain?

Andy Serkis, who plays the wizened character, says that Snoke is simply Snoke.  However, who knows how much of his script he had when he said that given the militant security Rian Johnson kept on The Last Jedi’s set.  One of the major themes in this new trilogy is that the Force is bigger than just Jedi and Sith, and Luke says something to that effect in the film’s teaser.  I think Snoke fits into the Saga in a way that no one has yet pegged precisely.  I believe he’s a very patient person who has played a very long game with republics, empires, and rebellions.  He may have the most complete grasp of the nature of the Force of any character, but we’re not going to get all our answers on Snoke until Episode IX, much as Emperor Palpatine wasn’t the full focus of the original trilogy until Return of the Jedi.

I honestly think he will.  This question might have had a different answer before Carrie Fisher’s tragic death last year, because her storyline was originally to have extended into Episode IX.  So how do you give Leia a completed story arc without recasting her or using CGI?  You have to kill her.  Any doubt that this was an option was erased by the trailer’s dramatic shots of Kylo preparing to fire on Leia’s flagship accompanied by his voice intoning, “Let the past die.  Kill it if you have to.”  Slaying his father wasn’t enough to fully extinguish his light.  The most obvious way for Kylo become the most despicable villain in the Saga and give Leia’s storyarc a definite, if heartbreaking, close is to have her share her husband’s fate. 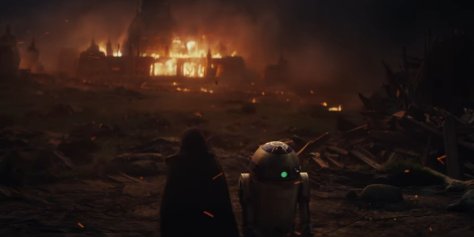 7. What went wrong at Luke’s Academy?

Clearly a whole lot of things went horribly awry at Luke’s academy and attempt to restart the Jedi Order.  I think that Snoke was in some way present or influencing events at the academy, twisting a troubled Ben Solo to form his Knights of Ren, and slaughter Luke’s students.  From the flashback we saw in The Force Awakens, it appears that The First Order may have also joined in the attack that brought down the school physically, but I think it had long been poisoned from within.  Luke clearly wildly underestimated the darkness in Ben, and his own training from Obi-Wan and Yoda was so short and abbreviated, that he simply wasn’t equipped with the skills to outmaneuver Snoke.  The full story behind the fall of the academy is something I think we will get to in The Last Jedi. 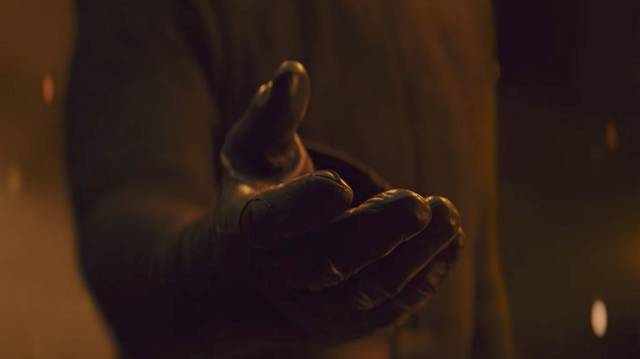 8. Would Rey really join with Kylo?

The shocker at the end of the trailer for The Last Jedi is a desperate Rey seeming to take Kylo up on the offer he made her in Episode VII to be her teacher.  This could all be clever editing and misdirection, but we know from the shot of Rey being immobilized by Snoke, that she finds herself in the presence of The First Order’s leader somehow.  Whether by choice or not, Rey and Snoke will meet.  If Luke turns her away completely, who else does she know that can teach her in all the galaxy.  After watching Kylo kill his own father, you’d like to think Rey would never become that desperate, but the trailer certainly implies that she does.

9. What is the Giant Twist

For months, the only thing that anyone connected with The Last Jedi was allowed to say about the film was that it was going to change the way fans saw the Star Wars universe forever.  Disney was so deliriously happy with the way Rian Johnson directed this film and ran his set that they have given him the keys to write and direct a completely new trilogy that will follow the sequel trilogy, so whatever Johnson (who also wrote The Last Jedi) came up with, Lucasfilm loved it.  Several of the cast and crew have compared it to the “I am your father” moment from The Empire Strikes Back in terms of its jaw-dropping nature.  I don’t think any of the previous questions rise to that level, so I think people are going to be genuinely shocked by whatever this is in a way that’s rare in today’s Internet age, spoiler-drenched environment. 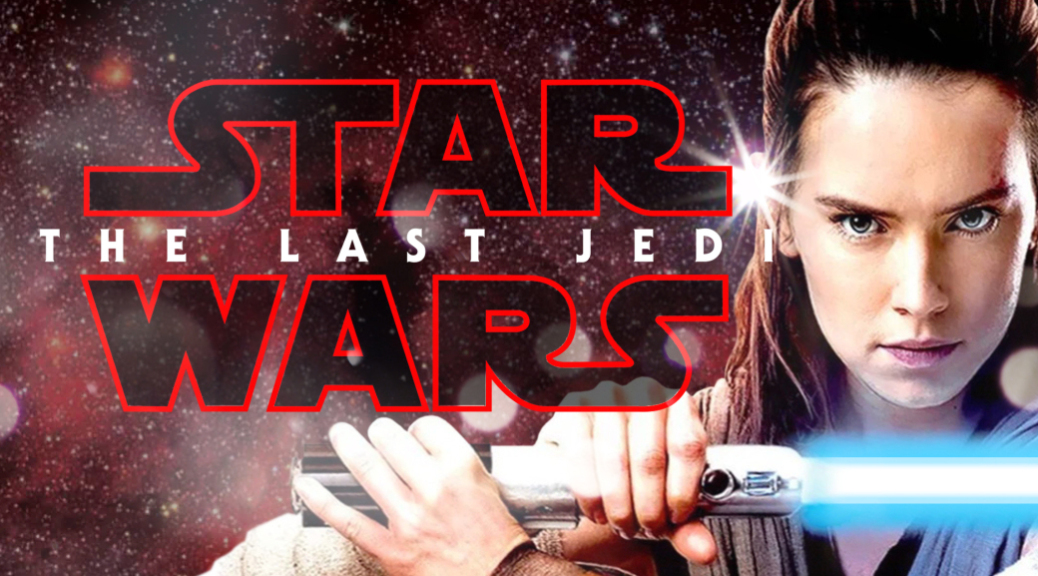 10. How big will the film open at the box office?

The Last Jedi is the most-anticipated film of 2017, and will likely have the biggest opening of any film in 2017.  Current estimates are tracking the film at roughly a $200 million dollar opening weekend in the United States.  That would put it ahead of Rogue One’s opening and behind The Force Awakens.  At 150 minutes, The Last Jedi is the longest Star Wars film to date, and that cuts down on the number of times theaters can show it, but let’s not kid ourselves: this film is going to make somewhere between $1.5 – 2.0 billion dollars globally for Disney, and that’s a conservative estimate.

Speculating what’s next in the Star Wars Universe is part of the fun of being a fan.  These are just the best guesses I can put together based on the trailers and mainstream reporting.  I have every confidence that I will be surprised and thrilled by the answers The Last Jedi will provide, and that leaving the theater I will already be compiling a list of questions for 2019’s Episode IX. 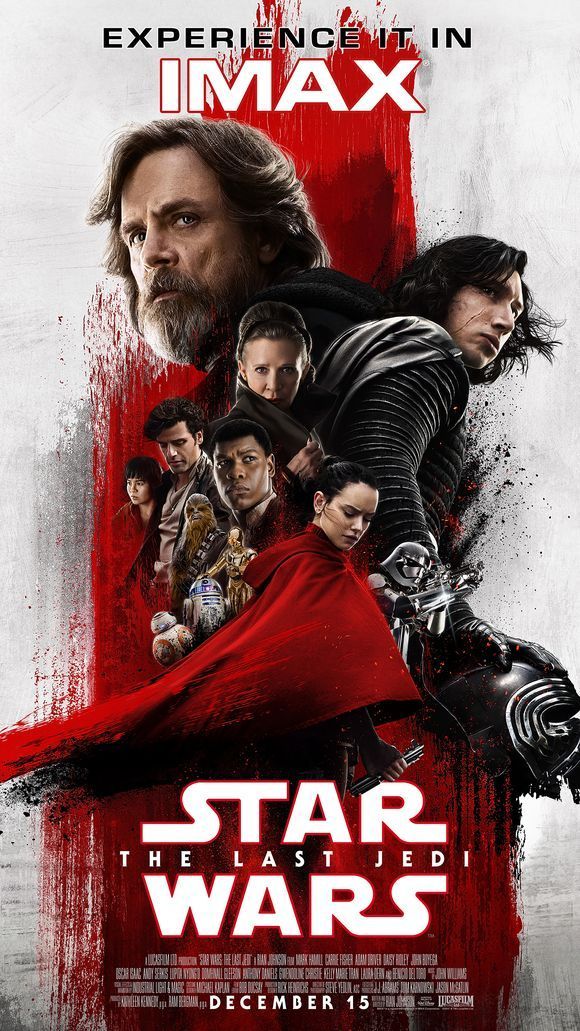